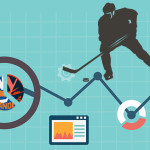 The baseball sabermetric folks created Wins Above Replacement (WAR) so they could get a summary/overall view of a player’s total contributions to their team.

But how does that equate to hockey?

War-on-Ice has done amazing work in trying to capture a summary/overall view for hockey players in their Goals Against Replacement, or GAR, metric.

War-on-Ice’s metric is one of the best around for really capturing what teams use as metrics to evaluate players.

GAR uses key quantitative metrics including, face-offs, penalties drawn/taken, shot metrics in variable game situations to calculate how many goals a player’s efforts would contribute to a team versus a replacement level player.

In that, we can apply that every 6 GAR should equal 1 win.

Then we need to look at salary as it relates to GAR. GAR and wins really relate to salary differential and give you a snapshot to what how many teams evaluate players in trades and also free agents.

If we were to take a snapshot of the top GAR from last year, we will see an interesting picture of all the top players and how their contributions lead to a higher score, thus creating additional wins for that team.

Example: If we take a look at last season we can see two goalies with a tremendous GAR score:

Now GAR isn’t the only barometer for a player’s contributions. After all, line mates who really drive the play and a player’s time on ice can influence a GAR score. Not to mention, GAR won’t measure the all-important Possession Play. But, it does give a good baseline to evaluate production.

If you really wanted a fuller view of a player, you also need to weigh line mates and the players CorsiFor. CorsiFor is the number of on-ice shot attempts (on goal, missed, or blocked) taken by the player’s team.

For example, T.J. Oshie has a very high GAR last season with 19.70. However, we have to look at these aforementioned elements of line mates and CorsiFor to determine clearly Vladimir Tarasenko is the true play driver.

Plus, if we take a 3-year snap shot of Oshie, we get also better feel of his true GAR baseline. Yes, he had an amazing 19.70 this past season but was 9.83 the season before and 6.83 the season before that. So we can extrapolate a bump thanks to Tarasenko’s emergence (and thus why the latter was paid handsomely), but we can also determine Oshie is more mid-range in the 8-11 range.

Well, then we need to apply salary and cost of trade (if applicable) when comparing to our own players on the NY Islanders. Only then, plus fitting within the budget and cap vision, will see get a true estimation if a player is worth getting.

Is the price of improvement worth it? Or is it negligible. Is that player getting better each year or in decline? A lot of factors come in play.

Let’s now compare to the Isles players. We can start with another LW in Josh Bailey. We will now see some interesting things…

So let’s address argument #1: Josh Bailey had a better year because on John Tavares line

So, let me ask you, Isles fans…

Would Oshie, who is better, worth trading for and adding higher salary? This is the big question that is never quite contemplated by fans. However this thought process is Player Management 101.

Trades require assets given, even if the player is better.

Bailey’s contributions to the team are not THAT far off to an Oshie, yet in Bailey’s GAR score he is not dependent on JT at all. In fact, he is consistent in a key range where he is clearly a benefit to his team whether if on the top line, line 2 or even line 3.

So if the Isles were to add Oshie, they would have taken on a higher cost, plus lost assets to make that trade, for a bump to a LWs contributions.

Now if we look at the player the Caps had to trade (plus other assets) to land Oshie we see interesting parallels.

Troy Brouwer is very much in Bailey’s GAR range, except he is a RW. In fact, he is better than most think.

The Capitals did not get Oshie for “nothing” as fair-weathered fans cited. Bouwer is a good player and in GAR value is actually higher than Bailey.

So the Capitals get slightly younger with a GAR bump, but gave up additional items like a goalie prospects and a 3rd round pick. They also add on salary. Something that they might now pay for with where they might not be able to afford to hold onto Marcus Johansson. Maybe being a cap ceiling team isn’t such a good thing, ladies and gents.

So theoretically the Isles could have made a move here had they been willing to offer the same.

No, the Isles wouldn’t have been able to offer Bailey to make a swap. Not same type of player.

To make this deal where St. Louis is coveting a Brouwer is where they might have had to offer Kyle Okposo straight up to equal the Cap trade offer.

Of course… St. Louis is hamstrung on their own cap costs and items. Okposo’s impending payday is an impediment in this theoretical scenario besides any other trade situations. So that wasn’t going to happen. St. Louis is not a good trade partner.

So we can see a couple of reasons why Isles weren’t a player in the Oshie trade. Plus, what we have not taken account is do the Isles feel one of their rising kids could possibly work on the top line as a LW?

THE JUSTIN WILLIAMS QUANDRY
(aka: when Isles Twitter lost their mind)

Ok, let us get a take on the fabulous Justin Williams, who at 34 years old is still effective despite in clear decline.

Problem #1 with Williams is he IS NOT a LW. Something many fans seemed to not take into account when diving off the deep end on reaction.

He is a RW. So this means he has to be a clear-cut improvement over Kyle Okposo and Ryan Strome.

But is he worth adding to the Islanders, especially over fellow RW forwards like Kyle Okposo and the rising Ryan Strome?

Okposo is 10.52 last year and 11.48 the year before that. So is Williams worth the cost to place him over him Kyle? Kyle is younger and playing his contract year.

SIDENOTE: A funny thing: is KO worth the big contract he will be looking for? 6 million = 12 GAR. If his GAR falls again (and I believe it will), we might see his final season on Long Island because I do not see the Isles paying anywhere near what will be cited by player/agent as “market value” in the 7 million neighborhood. Based on what I see, I don’t even think he deserves 6. More on this another time. But let this soak in a while.

Meanwhile: Ryan Strome is a rising player who just kicked in a 9.24 GAR last season and should be rising. In fact, we might see a rise right into the mid-teens or more if we look at year 2 of young skilled top of draft forwards. We will revisit later in the season. Strome could be poised for a bit of a “break out”.

So after all that… is adding Williams at 3.5 million at 2 years really going to help the Isles? Or will it impede Strome?

Seems completely unnecessary to even contemplate a RW, honestly, even if you aspired to throw him on the 3rd line.

Then you have the emerging Anders Lee who is a 8.93 GAR. Will he be higher this year? I think so.

So despite that Williams could be a slight bump, there is simply NO reason to add his salary. He stands in the way of the Strome’s and Lee’s. Plus add that Williams is 34 and Lee/Strome are young and developing.

A team has to pick their spots. Isles have too many young forwards with rising GAR and play. Why impede that process?

3 of their young players could take next steps into being far more beneficial to the team this year and the long run. Add in cap management and real far-reaching considerations on what the Isles will tie themselves to in the long run and you see their EXACT line of thinking to why they stood fast. Are they being cheap or being smart? Probably a bit of both. But don’t be fooled that this means they don’t want to win. They are banking on being the bigger winner when the smoke clears. IslesBeat will be here to crunch those numbers to see if they were right. 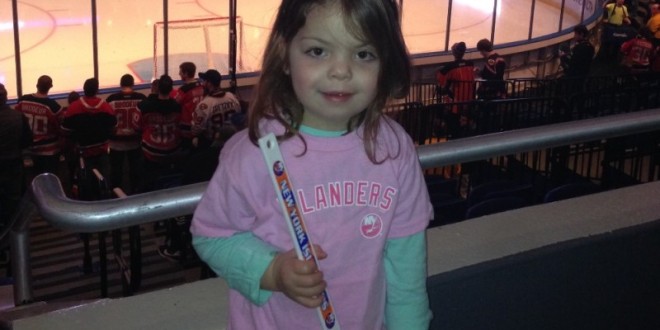 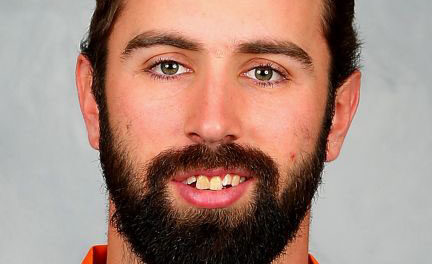